The overarching General Service Conference Area to which District 3 (and all of Kentucky) belongs.  In keeping with our Second Tradition, our leaders are but trusted servants; they do not govern.  However, the Area helps to promote a consistent message in keeping with A.A.’s principles and traditions, and selects (a) delegate(s) to the annual North American A.A. General Service Conference.

The official A.A. magazine, and its Spanish-language counterpart.

The Traditions and the Internet 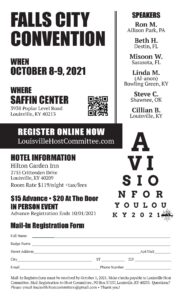 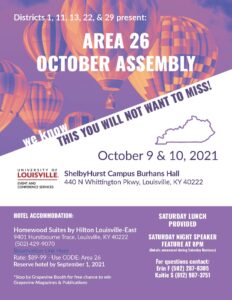